The British Army contues to be the largest employer of apprentices 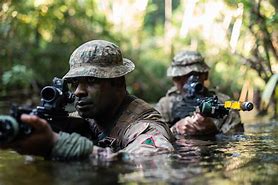 “In the British Army, we view people as the Army, not in the Army, so we are passionate about our soldiers’ professional development.

“Entering the Top 100 Awards provides an opportunity to reflect on our own apprenticeship achievements but also it gives employers the chance to celebrate the achievements of their staff and their apprentices, and the vital role we have as an employer is contributing to changing lives.”